THE FIRST MEDALS FOR “BALTIC BEER STAR” 2015 ARE READY 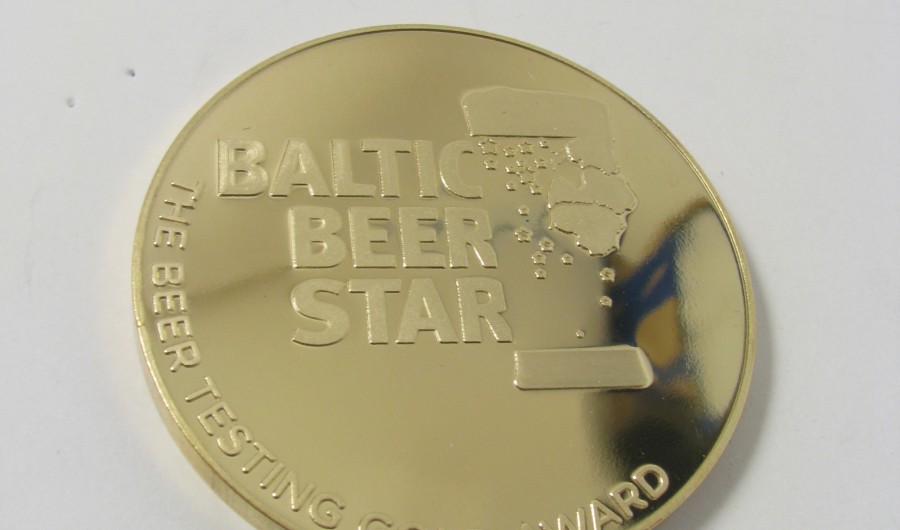 THE FIRST MEDALS FOR “BALTIC BEER STAR” 2015 ARE READY

Riga Jewellery Factory (www.rigagold.lv) has made the first medals for the international Baltic beer competition „BALTIC BEER STAR” 2015, which will be held October 19-23, 2015 at the premises of Wellton Elephant Hotel, Kalnciema street 90, Riga. The author of the design is a computer designer Maris Veveris.

BALTIC BEER STAR is a quality mark for beer, kvass and malt beverages produced in the Baltic States. This year the big, medium and small brewers from the Baltic States will compete for medals to be placed on labels, thus helping the consumers recognise the best products among a wide variety of beverages offered in the market.

The beer samples will be evaluated by an international jury consisting of 12 members, six of which will be represented by Latvian experts, but six more jury members will be involved from the Baltic States and other EU member states. Astrida Ruško (The Beer Brotherhood), a beer expert with many years of experience, will be the Head the Competition Committee, but the position of the deputy chairman of the committee is assigned to Valdis Čunka (a/s ALDARIS). Beer samples will be evaluated according to 50-point system (as per Ratebeer.com) in 3 categories of 18 beer styles, accessing the samples by their organoleptic properties only.

BALTIC BEER STAR competitions provide small manufacturers with the possibility to introduce their products, while allowing the large enterprises to keep competing for the excellence in their field.

The brewers are welcome to apply for the competition until September 30, the Regulations, Description of Beer styles, application form and other useful information is available at the BALTIC BEER STAR website www.balticbeerstar.lv. The news feed also posted on Twitter.com @BalticBeerStar.